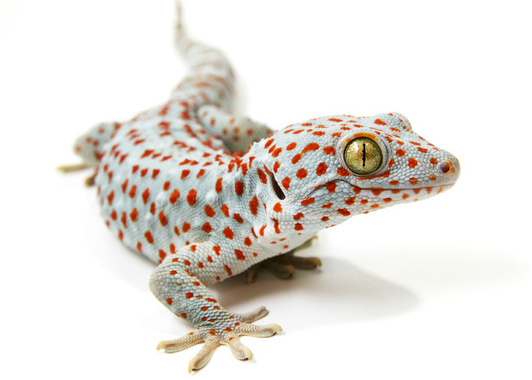 An international team of Scientists observed the reptil running across the surface of water – a skill no other more mid-sized creature has. How, the scientists wondered, do geckos manage to walk on water this quickly? The new discovery of the mechanisms geckos employ puts the lizard in the superhero category.

It all began with Dr. Ardian Jusufi capturing footage first in the lab, then in the rainforest of Southeast Asia of a flat-tailed house gecko running across water. Jusufi, who today is a Cyber Valley independent research group leader at the Max Planck Institute for Intelligent Systems in Stuttgart, carried 15 Kilogramms of research equipment into the forests, including a high-speed camera, tripod and laptops which he set up in a pond, the cables attached to trees so they wouldn´t lie in the water. At the time of filming how geckos skitter across puddles to escape predators, Jusufi was part of a team at the University of California, Berkeley. He Jusufi discovered in this same species of gecko that they can climb vertically about as fast as they run horizontally over water , and they can recover from upside down falls by a swing of their tail . 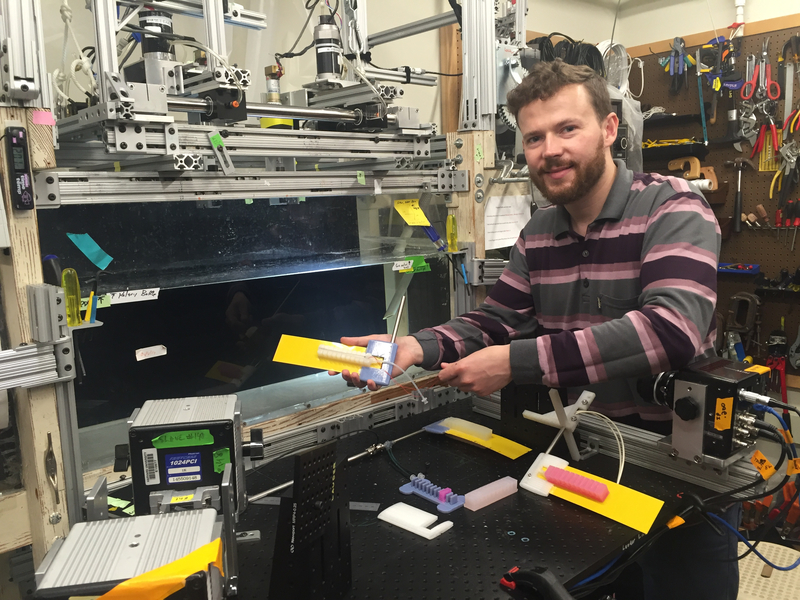 Dr. Ardian Jusufi in his lab at Harvard University.

Jusufi showed the captured footage of the reptiles to his colleagues, among them Jasmine Nirody, today a biophysicist at the University of Oxford and Rockefeller University, and Judy Jinn, who were both Ph.D. students at Berkeley. Nirody became intrigued by the geckos’ water-running behavior. Robert Full, a UC Berkeley professor of integrative biology, a collaborator on the study, said: “Geckos can run up a wall at a meter per second, they can glide, they can right themselves in midair with a twist of their tail and rapidly invert under a leaf running at full speed. And now they can run at a meter per second over water. Nothing else can do that. Geckos are superheroes!”, said Full.

On Thursday, the team published “Geckos Race Across the Water’s Surface Using Multiple Mechanisms” in the renowned journal Current Biology. Other co-authors of the paper are Thomas Libby and Timothy Lee of UC Berkeley and David Hu from Georgia Tech. In this publication, the scientists describe several strategies that geckos use to skitter across the surface of water: Mechanisms include surface slapping, body and tail undulation, and surface tension.

Smaller animals like insects – spiders, beetles and water striders, for example – are light enough to be kept afloat by surface tension, which allows them to easily glide across the surface. Larger animals, such as swans or ducks during takeoff or the basilisk lizard, and even dolphins rising up on their tails, rapidly slap and stroke the water to keep above the waves.

“Bigger animals can’t use surface tension, so they end up pushing and slapping the surface, which produces a force if you do it hard enough,” Full said.

But the gecko is of intermediate size: at about 6 grams, the weight of a sheet of paper, they are too large to float above the surface, but too light to keep their bodies above water by slapping forces only.

“The gecko’s size places them in an intermediate regime, a middle ground,” Nirody said. “They can’t generate enough force to run along the surface without sinking, so the fact they can race across water is really surprising.”

How do geckos manage to walk on water?

In the lab, the team built a long water tank, placed a flat-tailed house gecko (Hemidactylus platyurus), common in south and southeast Asia, on a plank and startled it by touching its tail. Using high-speed video, they were able to closely study the geckos’ techniques and estimate the forces involved.

The researchers discovered that they actually use at least two and perhaps four distinct strategies to run atop the water surface.

Surface tension is essential, they found. “In an experiment surfactant was mixed into the water of the aquarium”, Jusufi explains. “The lizards could not run over the surface of the water anymore, and showed movements which are more characteristic for swimming. They also only moved at half speed.” 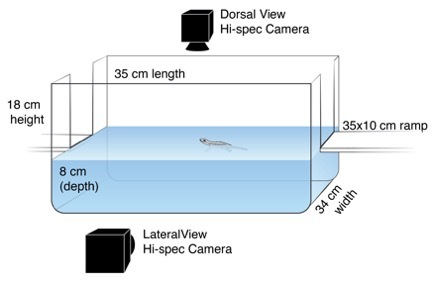 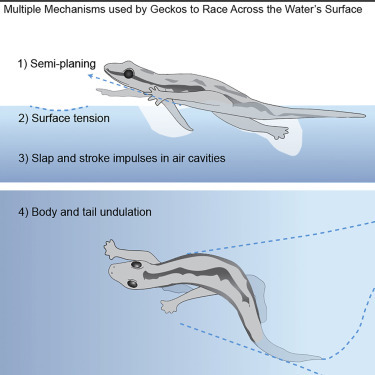 Even without surface tension, however, geckos can move using slapping, paddling movements with their four legs like larger animals. Leg slapping created air pockets that helped keep their bodies from being completely submerged, allowing them to trot across the water in much the same way they run on land.

But the reptiles also seem to use their smooth, water-repellent (superhydrophobic) skin to plane across theire surface, similar to hydroplaning but referred to as semi-planing, a technique used by muskrats.

Finally, they also use their tail to swish the water like an alligator, providing propulsion as well as lift and stabilization. 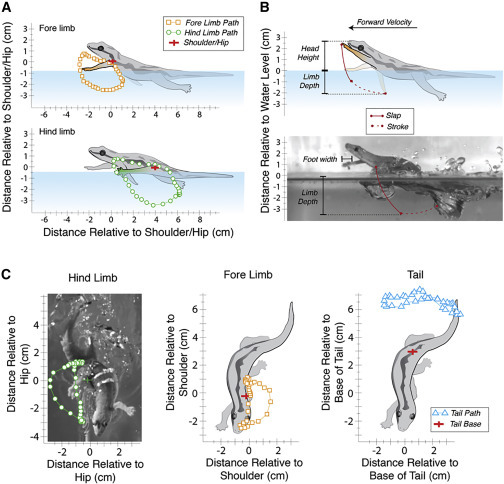 “All are important to some extent, and geckos are unique in combining all these,” Full said.

“Even knowing the extensive list of locomotive capabilities that geckos have in their arsenal, we were still very surprised at the speed at which they could dart across the water’s surface,” Nirody said. “The way that they combine several modalities to perform this feat is really remarkable.”

"Our research is primarily concerned with understanding the musculoskeletal system in animals," says Jusufi. "As we observe the unique maneuvers and strategies geckos use, our goal is to use the knowledge of reptile bionics and morphological intelligence to improve robot design. But that's of secondary importance to us."

Jusufi and his colleagues look at an animal to understand how it actually moves. Then they try to extract the construction principles and apply this knowledge to robots. "But I can't test everything on the animal that I want; I can't change it. So I test the structure on a robot instead. This allows me to discover new things about the animal and its locomotion and to answer the question why evolution chose certain designs."

Ardian Jusufi is part of this new generation of pioneers who want to understand the complex movements of animals by building robots to draw conclusions about the animal.

The full scientific paper can be found here .

See a clip by Bayrischer Rundfunk featuring the research in their show "Gut Zu Wissen" (starting at 17 min).